After Blaxland, Wentworth and Lawson had crossed the Blue Mountains in 1813, Governor Macquarie sent Surveyor General, George Evans to explore the country to the west. He discovered a river, which he named the Macquarie (‘Wambuul’ in Wiradjuri), and the Bathurst Plains. Two years later Governor Macquarie crossed the Blue Mountains, and on Sunday 7 May 1815 after the proclamation of the town of Bathurst, the first Divine Service was held under a tree alongside the river.

The first record of any movement towards organised church life in Bathurst dates from the visit of the Rev. Samuel Marsden, Senior Chaplain of the colony in 1822. However, it was not until 1825 that the Rev. John Espy Keane was stationed in Bathurst, and from his appointment the beginning of local church life may be dated. 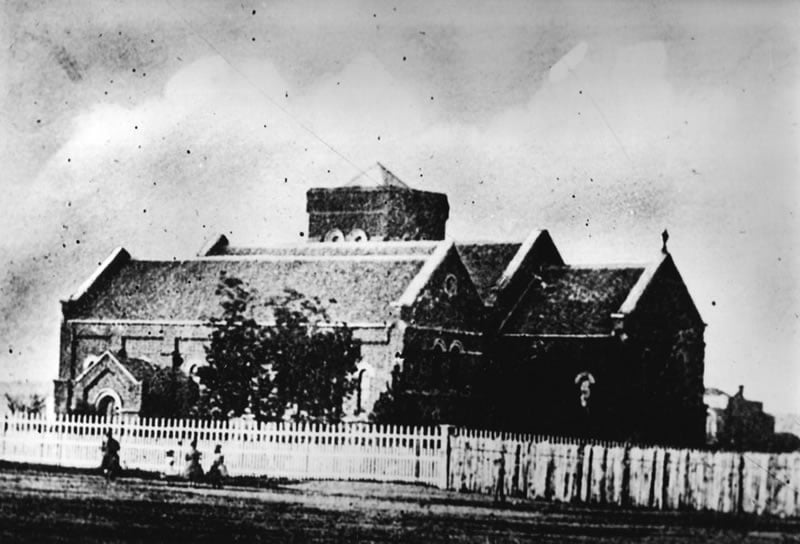 On 1 January 1840, the first mention of All Saints’ Parish is made when it is noted that Rev. Charles Woodward was licenced to the Parish Church of All Saints’ Bathurst. At the end of 1841, he was succeeded by Rev. Thomas Sharpe. The first services of the new Parish were held in a house near the river next to the old Government House. Later services were conducted in a billiard room of one of the inns in Durham Street.

In 1842 a grant of land was made for a church building, parsonage and schoolhouse. This is the site of the present All Saints’ Cathedral. On 24 January 1845, the Bishop of Sydney, Bishop Broughton came to Bathurst to lay a foundation stone for a church to be called All Saints’. The new building was designed by the Colonial Architect Edmund Blackett. Services were held in the new building from 1848 when it was licenced for public worship. It held about 300 people. On 14 December 1849 the new building was consecrated by Bishop Broughton who took as his text ‘Surely the Lord is in this Place’.

An important change took place in the social conditions of Bathurst from 1851 – the date of the first discovery of gold in the district. From being in the midst of a peaceful pastoral community Bathurst was transformed into the centre of a busy mining district. Owing to this influx of population, and as the centre of a gold mining district, Bathurst rapidly increased in size and importance. All Saints’ Church soon began to prove too small for the more numerous congregations and plans were brought forward for the extension of the building. In 1854 the Parish raised enough money to purchase a peal of six bells. The first peal was rung in 1856; this is reputed to be the first peal of bells rung outside Sydney.

At a meeting on 27 October 1865 the Bishop of Sydney proposed to form a new Diocese since the population had so greatly increased that he was unable to supervise the western portion of his Diocese. In December 1866 Sydney Synod approved the division of the Diocese and appointed a committee to work with Bathurst and other committees in the west. By 1869 the necessary money had been raised to fund the Endowment of the new See of Bathurst.

The Rev. Samuel Marsden, a grandson of the Rev. Samuel Marsden the missionary and pioneer, was chosen as the first Bishop of Bathurst. The new Bishop was born at O’Connell near Bathurst and was the first Australian to be made a Bishop. He arrived in Bathurst, accompanied by the Bishop of Sydney, on 4 May 1870 and he was installed as the Bishop of Bathurst. He declared that the All Saints’ Church to be his Cathedral. The Diocese extended from the Blue Mountains to South Australia, and from Queensland in the north to Victoria in the south; it consisted of thirteen parishes and fifteen clergy. On 10 May 1873 the first Synod was held in the Town Hall. 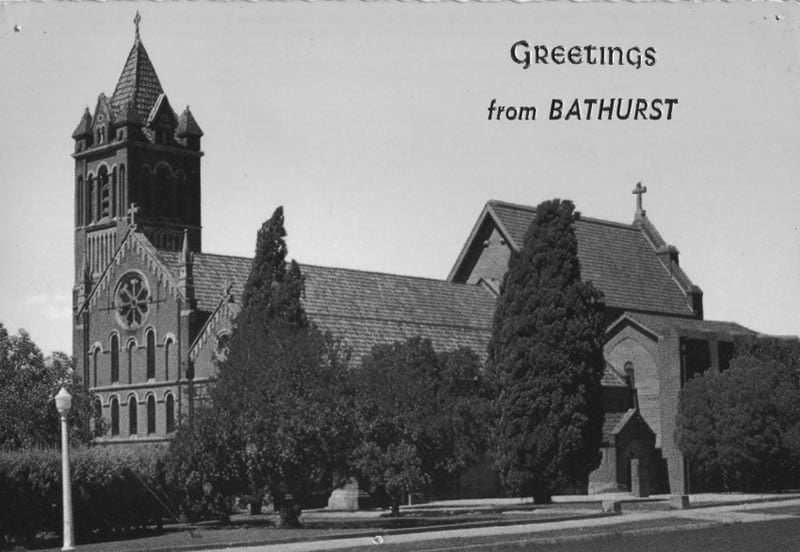 In 1911, the third Bishop of Bathurst, Bishop George Merrick Long arrived in Bathurst and found serious structural problems with the original Cathedral building. The Cathedral was built on clay soil with insufficient foundations and all the walls had developed serious cracks. Expert advice at the time revealed that the building could not be saved and any attempt to even ring the bells could bring the building tumbling down. After long deliberations it was decided to build a new Cathedral. However, the First World War intervened and the Bishop went to France with the Australian troops. At the close of the war it was decided to build the new Cathedral as a thank offering for peace and victory. On Anzac Day 1920 the foundation stone was laid by General Sir William Birdwood. However, it was decided to build a Cathedral Hall first. In 1923 Mrs Walshaw made a generous gift in memory of her husband. The hall, which initially housed the offices of the Diocese of Bathurst, but now largely houses the offices of Anglicare, was opened in 1924.

A grand new Cathedral in the English style was designed by Louis R. Williams of Melbourne. The rebuilding of the Cathedral was commenced in 1925. This is the older part of the Cathedral today. The first portion to be built was the Sanctuary, Chancel and the Chapel, which was joined to the Nave of the original church. The Chapel, known usually as the Warriors’ Chapel was decorated with stained glass designed by William Montgomery and later Norman Carter. The Consecration of the Cathedral Church of All Saints’ and the Dedication of the Chapel of St Michael and St George was held on Sunday 30 November 1927.

However, with the advent of the depression, the Second World War and a lengthy drought the grand plan for a Cathedral was never completed. It was decided to finish the Cathedral in a new style. In 1963 Messrs. McPherson, Harrison and Hassall, Architects of Sydney presented a radical plan for the completion of the Cathedral to the Diocesan Synod where it was unanimously accepted. This is the hexagonal building that houses the main part of the Cathedral today. Work began in 1964, and at a memorable service on Sunday 14 March 1965 the foundation stone was laid by the Archbishop of Canterbury. The final service in the old Cathedral was held in 1970. The original building was then completely demolished, so, no part of that building now stands. The new Cathedral building itself was completed on 13 August 1971. 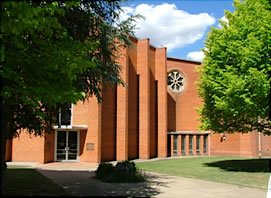